KakaoTalk, the messaging platform operated by Kakao Corp., turned 10 this year. As discussed in our previous article, KakaoTalk is the most popular messaging app in South Korea, used by 99.1% of all mobile users. Data showed the monthly active users on KakaoTalk in South Korea averaged 44 million in December 2019, or 87% of the country’s 51 million population. Messages sent on KakaoTalk reach 11 billion on average per day. With a high penetration rate, KakaoTalk has successfully drawn users to the app’s own proprietary social network features. For example, sharing and surfacing of user-profiles, photos, videos to individual/group chats. Given the impressive figures, let’s take a closer look at the communication strategies. What are the KakaoTalk features and how to leverage them for your brand?

Be my friend, the KakaoTalk Channel

The messenger app has a feature called ‘KakaoTalk Channel’ (previously known as ‘Plus Friend’). This enables brands to have a dedicated page on KakaoTalk. Depending on the update, brands can either add a notice on their page or send a direct message to their followers, at no cost to the brand owners.

KakaoTalk Channel launched in October 2011 to help users follow and interact with their favorite brands, stores, and media companies. It is a feature that allows brand owners to send content and updates to their followers directly. When users add the brand channels on KakaoTalk to their account, brands can interact with the users as a ‘friend’ in their contact list. Brands can leverage this to share messages, coupons, promotional contents directly in the format of a simple chat message.

A new way to promote via personalized brand emoticon, the KakaoTalk Emoticon

Currently, there are more than 7,500 versions of emoticons on KakaoTalk. Emoticons have been a successful marketing tool for various brands. As soon as a user receives an emoticon from the Channel or from a friend, users can download and re-share the emoticons among friends. The popularity of personalized brand emoticons is reflecting the data with an average download rate of over 75%. The easy-to-use, instant actionable marketing of emoticons can also lead to an uptake in even participation and subsequently promote brand loyalty. It is a simple, yet effective tool for any type of marketing campaign.

In 2019, Kakao Corp. officially launched ‘KakaoTalk BizBoard’ (also known as Talkboard), a business-to-business (B2B) microservice within the KakaoTalk app. Brands and businesses are now permitted to place ads within the KakaoTalk messenger app. The ads will surface to the user’s homepage, ultimately reaching the 44 million user base in South Korea. It serves as an end-to-end sales channel whereby users can select products directly based on the ads. Users will then be linked directly to KakaoPay (KakaoTalk proprietary payment system), without having to exit the app. In addition, BizBoard also serves as a CRM tool while supporting post-marketing activities after users purchased the product or service. While it is still in the initial phase of the release, KakaoTalk has the potential to become a powerful player in the eCommerce space. 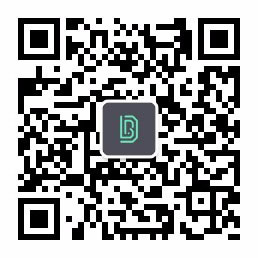